My name is Alex. I have pop culture feelings. Updates every Friday (usually). Slight tendency to edit as I go.

As a blog centred on pop culture, I feel that it would be lax of me not to write a blog about Comic Con. Despite living on the other side of the world and thus, having no access to the wonders of the event itself, it is still my favourite time of year because all my most visited  websites blow up with announcments. There’s a huge influx of pictures, videos and stuff that makes me happy. For a couple of days I just sit in front my laptop squealing and no one is allowed to interrupt me. To be fair, it’s not that different from what I do normally, but it’s a little more intense. So, for this year, I have gone through and picked out my favourite moments/ major announcements from Comic Con 2012 and compiled them here. (It’s very much a geek-centric post, so those of you who just come here to see me talk about Matthew McConaughey’s tiny arms may want to avert your eyes and tune in a little later when I talk about something else.)

The Hobbit: An Unexpected Journey – Excitement!!

A couple of days before everyone was scheduled to appear on the panel, Peter Jackson released the official Hobbit Comic Con poster. It looks like this: 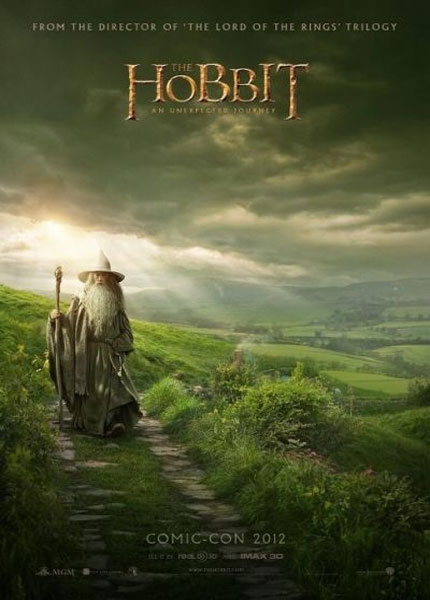 I don’t know about you guys, but I am practically levitating with excitement over the first installment of The Hobbit, which premiers in December of this year. It has all the things I love: high fantasy, adventure, hobbits, epic cinematography, Martin Freeman. In anticipation of the release, Peter Jackson screened a 12 minute preview at Comic Con which was apparently very cool, though surprisingly not screened in the 48 frames per second that film was shot in. Naturally, this isn’t available, but you can read a full description of how it went down over at Entertainment Weekly. EW also have a lovely interview with the panel about the film.

Some beautiful things came out of that panel, but my favourite has to be that we get to see Martin Freeman in a baby blue pork pie hat. Martin. Baby. What are you wearing? It’s glorious. I also like the contrast between Martin and Sir Ian McKellen, who is wearing a baby pink blazer with a black and white checkered tie. In contrast with everyone else, who wore black.

Martin Freeman cares not for your opinion of his jaunty little cap.

Anyway, everything about this is excellent. Having seen the trailer, I don’t think I believe Martin Freeman when he says he will only bring disappointment. This looks epic and I cannot wait until December 14th (it’s so far away, please make time go faster, oh my god).

THIS IS A GOOD THING.

I actually yelped when I heard this was happening, because nothing makes me more excited than that TV show. Joss Whedon, Nathan Fillion, Alan Tudyk. Geek heaven. 10 years on, the SciFi channel is making a documentary about the reunion at Comic Con. I’m not going to talk to much more about it, because the whole thing has been filmed and put on YouTube. It runs for about an hour and I spent the whole time making a high-pitched “eeeeeeeeeeee!” noise.

Joseph Gordon-Levitt puts his foot in it – *facepalm* 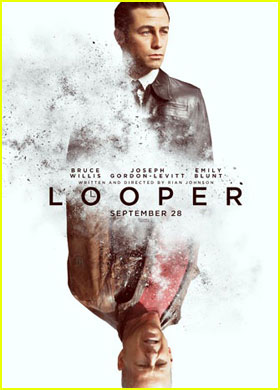 Joseph Gordon-Levitt has a new movie coming out. It’s called Looper and it looks pretty average. It could surprise me and be really great. But it also has Bruce Willis in it… so I’m not holding out high hopes. Anyway, the movie also features the gorgeous and very talented Emily Blunt, who you  may recognise from The Devil Wears Prada, or more recently, The Five Year Engagement. 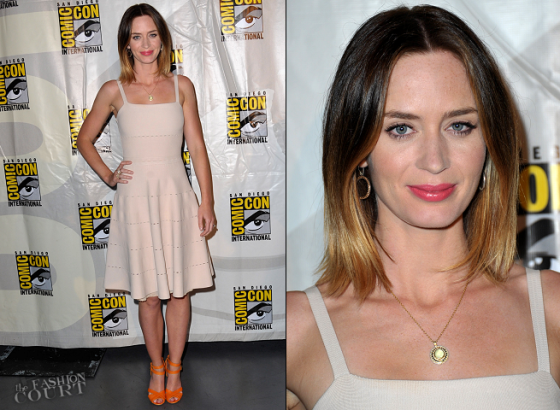 When asked how it was to work with Blunt, Joseph Gordon-Levitt was enthusiastic. So enthusiastic, in fact, that he forgot himself and said, “Pretty girls aren’t usually funny.” Cue collective facepalm from the room. He did quickly back-pedal, saying that he didn’t want to “make sweeping generalisations” but it’s still pretty idiotic. I only mention it because some of you may have been concerned that we could have gone five minutes without a “women in comedy debate” happening somewhere in the world.

Marvel released a lot of tasty little things for its “Phase Two” movies (which sounds really ominous). We got some delicious concept art for Guardians of the Galaxy (phweee!) and the title cards/ release dates for Iron Man 3, Thor: The Dark World and Captain America: The Winter Solider. They look like this:

Guardians of the Galaxy, concept art. 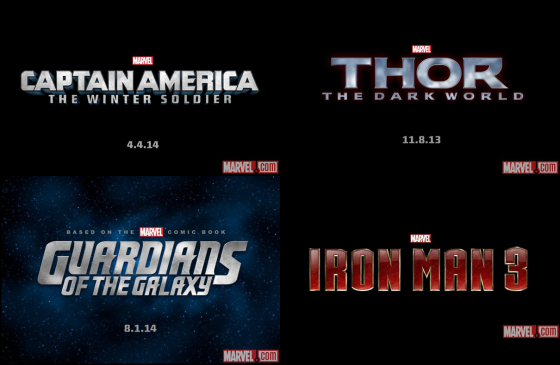 Feast your eyes on THAT.

So, the comic book heroes will start gracing our screens again from November next year. Excellent news. However, my favourite announcement from Marvel was the fact that they have an Ant-Man movie in the works, and that the glorious Edgar Wright (Scott Pilgrim vs. the World) is attached to it.

There a probably a couple of you who are going “huh?” right about now. Ant-Man isn’t exactly the first thing most people think of when they think of superheroes. For the uninitiated, Antman is a dude who can change his size. Edgar Wright jokingly referred to the character as “kicking your ass one inch at a time.” 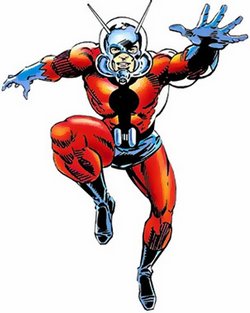 There’s no release date for that one yet, but according to those who saw the test footage screened at Comic Con this year, it is also shaping up to be pretty funny. I wouldn’t expect anything less from Wright, but it’s a bit of a shift for Marvel. Although, having said that, there’s not a lot of ways that you can do an ant-sized guy kicking the ass of supervillans without having some seriously funny script to back it up. It’ll also be interesting to see which incarnation of Ant-Man they choose, as the guy has had a few alter-egos over the years. The current Wiki article says that they’re running with Henry Pym and Scott Lang, a biophysicist and reformed thief respectively. Anyway, the title card looks like this, and I’m a bit excited about the whole affair. 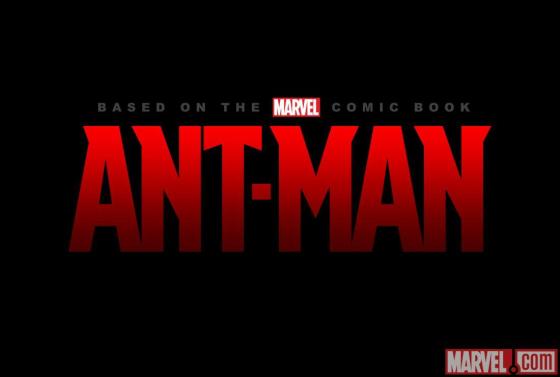 Seth Green is one of my favourite nerds. He makes nerdy excellent. Obviously, he was at Comic Con. He was ostensibly there as part of the Robot Chicken crew, but we all know he probably would have been there either way. After months of not posting anything on Instagram, the man suddenly floods everyone’s feed with adorable pictures of his wife, cosplayers and general awesome stuff. My favourites include a sneaky Edgar Wright photo (the man had been attempting to convince everyone he was in London and not at the Con) and the height difference between Green and Joe Manganiello (they both played werewolves at one point in their career, but there’s about a foot and a half size difference).

A selection of my favourites.

There’s about 4million more of them. If you have the appropriate technology, you can find Seth Green on Instagram at 53th_6r33n or on Twitter. It’s a nice look at the Con floor as well as some nifty behind-the-scenes stuff as well.

Matt Smith might actually be my favourite human being ever – dead, I am dead.

I just want to hug all of them.

I’m not going to say any more about it, because you should just watch this video. If you don’t want to watch the whole thing, skip through to 6.35 and explode into a puddle of squee.

Obviously, a lot of other stuff happened. Some of it, I’m also quite excited about. But right now, I have a headache from working at my much-loathed job, so I’m going to give it a break for a while. If you’re interested at looking into some more stuff about this year’s Comic Con, Entertainment Weekly and MTV had some pretty great coverage, which you can find here and here. I am off for a hot shower and a nap.